Collecting Artifacts in the Age of Empire: Spaces of Disruption, 1550-1725 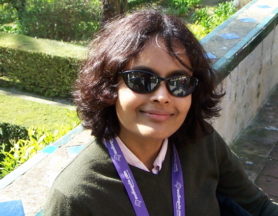 This project investigates overseas artifacts in curiosity cabinets in order to trace the impact of the New World on northern Europe. Through Dutch, French, English, and other northern case studies, it reveals how Dutch collections, books, artistic and scientific practitioners, and merchants operated in pan-European and global settings. It considers the cabinet as an “epistemic installation”: a distinctive artistic medium that organized objects into immersive still-lifes in order to generate knowledge and particular affects, strengthening some ideas about objects while underplaying others. In cabinets, ideas about the ‘north’ – a region associated with barbarians in the writings of classical antiquity – and the ‘tropics’ were constituted together. Collections were also conduits via which indigenous American technical expertise and knowledge of nature – often filtered through Iberian colonial settings – re-configured northern European notions of nature, culture, art, and self-identity, and ultimately shaped the emergence of scholarly fields such as aesthetics, anthropology, archeology, and biology. Understanding the origins of classificatory systems for ‘art’ and ‘artifacts’ is thus a prerequisite for decolonizing museums, providing context for interventions in contemporary debates on restitution, curation, and conservation.

Global Imaginings in the Low Countries

This pilot project explores to what extent the visual arts of the Low Countries played a role in making individuals aware of their position on an interconnected globe. Not only maps, atlases, and illustrated travelogues, but also paintings and prints confronted viewers – most of whom never traveled to other continents– with the wider world and their place on it. The importance of the Netherlands among the other seafaring countries is evident in its uniquely ubiquitous visual culture, produced and traded on a larger scale than elsewhere in Europe and marked by sophisticated emblematic symbolism as well as by new material experimentation. On the one hand, in Dutch illusionistic painting, which often featured Chinese porcelain or other imported goods, “The Big World was Painted Small” (according to Willem Beurs). On the other hand, Netherlandish prints made a worldwide impact – from Beijing to Cuzco – that was only rivaled by the advent of photography two centuries later. The visual arts clearly had a greater accessibility and wider appeal than literature and scholarship. Exploring to what extent the Dutch Golden Age was also a quintessentially global age, this project addresses how Western notions of art, antiquity, creativity, and originality were transformed by the confrontation with the non-Western world.

Imitating Foreign Materials in the Netherlands 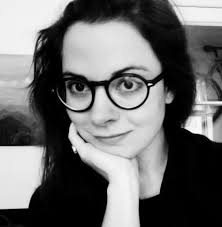 Material mimesis describes the phenomenon where one material is manipulated so that it assumes the visual properties of another substance.  The practice is ancient: it can be observed in artworks from some of the earliest known civilizations. Material mimesis is also not limited to European visual traditions. Many material mimetic experiments lay at the basis of intricate global histories where intercultural interaction and confrontation of materials, craft technologies and consumption – and sometimes also the lack thereof – resulted in the emancipation of new art forms, the discovery of new knowledge and had a far-reaching impact on the social world.

With its long history of global expansion, numerous important examples of the previous can be found in the Low Countries; best-known perhaps is the seventeenth century Delftware which was invented in attempt to discover how to make Chinese porcelain. At least as interesting is the contemporary case of Vlisco’s wax cloth fabrics which first developed during the Dutch colonial period to imitate Indonesian batik. Through the case of batik, this project investigates how the sophisticated material know-how of a traditional product influenced the technologies, success and meanings of the imitations produced.